The lineup of the Metro Metro Festival 2020 finally revealed! 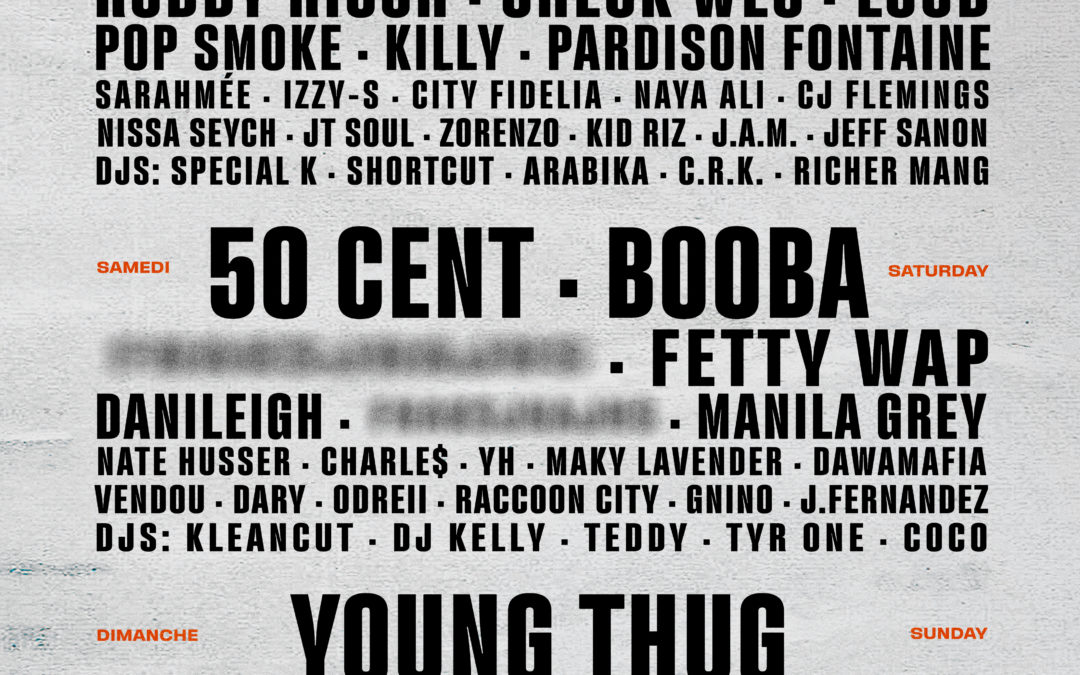 Hip-hop music lovers will certainly not be disappointed! It is with no surprise that the Metro Metro Fesrival is back for a second year in a row after the phenomenal success of the first edition. Having hosted renowned artists such as Cardi B, Snoop Dogg and Asap Ferg, the Metro Metro Festival has managed to win the hearts of festival-goers.

The event will take place at the Esplanade of the Olympic Stadium in the heart of Montreal, the same location where the first edition of the festival took place. This year, Metro Metro has decided to stretch the fun by offering not two, but three days of festivities to festival-goers. To the delight of the festival-goers!

The team behind the Festival Métro Métro has worked really hard to offer festival-goers a program worthy of a film. And it’s a success! It’s none other than Travis Scott who will close the first day of the festival. Native of Houston, Texas, the rapper gained his popularity thanks to the collaborations he made, including the song Sicko Mode in collaboration with Drake. This song, which appeared on his album Astroworld released in 2018, reached number one on the Billboard Hot 100, a first for Scott. His reputation is clearly well established!

As the second headliner, it is the popular rapper 50 Cent who will come to electrify the crowd on the second day of the festival. With the success of his hits such as Candy Shop 🍬 and In Da Club 🍸, 50 Cent conquered the hearts of young and old alike in the 2000s. The rapper will come to Quebec after a long period of absence to the delight of his fans. Nostalgia guaranteed!

Finally, the legendary Young Thug will be the last artist to perform on the main stage of the Festival on Sunday. Reaching #1 on the Billboard 100 with his album So Much Fun, the rapper has been an industry and fan favourite for years now. Young Thug has worked on musical projects with many well-known artists such as Calvin Harris, Camila Cabello, Ed Sheeran, Post Malone and Lil Nas X 🎤. The festival couldn’t end on a better note!

Quebec artists such as Loud, Sarahmée, Naya Ali, Adamo, Clay and Friends, Shreez, Salimo, Vendou, 5sang14 and many others will perform at the second edition of the festival!

Tickets will be on sale at noon on February 20th on the official Festival Métro website, right here. We advise you to buy your tickets quickly – we are convinced that they will sell fast! 🥖